Welcome back to our series on systemic bias in the workplace. Over the course of several weeks, we’re spotlighting various categories of bias, including gender bias, racial bias, disability bias, and now heterosexual bias and homophobia in the workplace. Our aim is to add to the ongoing conversation and help everyone build more inclusive environments. We hope you find it informative. Feel free to share your thoughts and experiences in the comments.

7.1% of American adults identify as LGBT, according to a recent Gallup poll.

Nearly half of LGBT employees have experienced workplace bias at some point in their careers. One in ten have faced discrimination within the last year.

On the flip side, 91% of Fortune 500 companies prohibit discrimination on the basis of sexual orientation.

So, many big businesses are being proactive and putting policies in place to try to protect these individuals, even though the actual experience of LGBT employees might not reflect it.

Homophobia in the workplace can come in many forms. It could be someone not getting a job, being looked over for a promotion, or being on the receiving end of snide comments or so-called jokes, all because of their sexual orientation.

That doesn’t always happen, though.

Another person had bible verses recited at them in their cubicle by a senior colleague when said colleague found out they were gay. They didn’t feel they’d be believed if they reported that person for their behavior because of their colleague’s seniority.

(Not) coming out at work

Based on those stories, is it any wonder that 31% of people are afraid coming out will negatively impact their relationship with their colleagues? Or that 23% think it’ll negatively affect their ability to advance in their role?

Even employees who do come out to their colleagues find that isn’t the end of it. They often have to come out repeatedly.

The McKinsey study found that one in five employees came out to their colleagues weekly, while one in ten had to do it daily. Daily!

If you really want to ask about someone’s dating life, ask about their partner rather than boyfriend/girlfriend/husband/wife. It’s much more inclusive language and means you’re not making assumptions about someone’s love life.

How can businesses support LGBTQ+ employees?

It all starts with kindness and common sense. Don’t make assumptions.

Studies have shown that if you think you’re not prejudiced about something, you probably are prejudiced about it. Remaining open-minded is an important part of being an ally and identifying your own—and other people’s—detrimental attitudes and actions.

If you want to foster an inclusive workplace, hiring people who are onboard with this mission, and who follow through on their commitments to diversity, is a good way to show LGBT employees that you really do support them.

Sensitivity training may also be beneficial, particularly for team leaders and above. We’re often not aware of our own implicit biases, so this training can help to point them out so that people can be more mindful of their biases going forward.

When it comes to any sort of training, make sure it’s as engaging as possible. Don’t just tell people what they should or shouldn’t do. That’s asking for them to feel lectured to and fall asleep halfway through.

Get them to understand why something might hurt another person’s feelings, or why it’s inappropriate in the workplace.

And also remember that you should take the training, too. Being in charge doesn’t make you immune to enabling homophobia in the workplace.

Show, rather than tell

The more open you are about your business’s diversity policies, the more likely you’ll be to attract employees who support an inclusive, diverse workforce.

This goes beyond copy-and-paste equal opportunity statements at the end of a job description. Or even asking people what their sexual orientation is on a job application. (I’ll save those rants for another blog post.)

Instead, it’s about showing how you support LGBTQ+ employees.

Don’t just change your brand logo to include the Pride colors in June—do something to show your support instead.

Communicate with employees about LGBTQ+ rights, and if they need to travel abroad to less accommodating countries, talk to them about it beforehand. This will show them that you take their wellbeing seriously.

You can also offer parental or adoption leave for both parents. After all, regardless of someone’s sexual orientation, or the gender of their partner, you never know who’s going to end up being the primary caregiver.

Managers are your employees’ role models. It’s imperative that they set a strong example of countering homophobia in the workplace. A big part of it is just being open, honest, and supportive. Managers shouldn’t force anyone out of the closet, nor should they make assumptions about anyone’s sexual orientation or gender.

Inclusive language goes a long way towards demonstrating that your company is inclusive, too.

Small things like offering Mx alongside Mr, Ms, Miss, and Mrs, or asking if someone has a partner rather than a boyfriend/girlfriend/husband/wife, can impact the atmosphere within your business.

The more work organizations do to identify and challenge assumptions about gender and sexual orientation, the more secure employees will feel being themselves in the workplace. And the less likely they’ll be to have to come out to their colleagues on a daily basis.

If you’re committed to reducing implicit bias in your organization, it’s time to go beyond trainings. Drive deep belonging and help employees see their colleagues through a lens of commonality rather than difference. Workrowd helps your people find their people, giving them the opportunity to build real, sustained connections with team members across the organization. Write us at hello@workrowd.com to learn more. 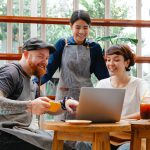 6 ways to build inclusion and belonging in the workplace 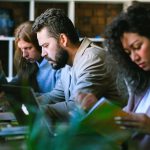 9 underrated tools for increasing productivity in the workplace 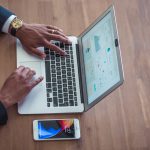