Welcome back to our series on systemic bias in the workplace. Over the course of several weeks we’re spotlighting various categories of bias, starting with gender bias last week, and following now with racism in the workplace. Our aim is to add to the ongoing conversation and help everyone build more inclusive environments. We hope you find it informative. Feel free to share your thoughts and experiences in the comments.

Racial diversity is an important part of any business. It makes companies more profitable, and means they can better tap into their audiences’ needs. It also leads to a happier, more engaged, and more productive workforce.

Yet, for many businesses, diversity, equity, and inclusion (DEI) isn’t a priority.

In fact, a recent survey by Deloitte revealed that more than 40% of upper management respondents feel their organizations are “too focused on DEI”. More than 60% predict their organization will reduce its commitment to DEI as new business threats emerge.

Unfortunately, racism is a lot more prevalent than many people realize. One in four people of color report having experienced racism in the workplace.

Young Black employees are even more likely to experience racism in the workplace than their older colleagues.

Black workers under 40 are twice as likely as Black workers 40 and older to report experiencing discrimination at work in the last year. This reinforces other findings that suggest young Black employees are more likely to experience microaggressions at work.

What does all this show? Businesses aren’t doing enough to support their employees of color and address racism in the workplace.

Microaggressions are statements, actions, or incidents that happen because of discrimination against a marginalized group. They can be intentional or unintentional, direct or indirect.

They’re called microaggressions because their size can make them seem inconsequential or unnoticeable to outsiders. But these small acts can have big consequences.

For example, a hiring manager could overlook someone’s resume because of the name that’s on it. This is a sign of internal attitudes that often go unnoticed but can have a major impact for those on the receiving end of them. It can even impact the culture at the company.

And this does still happen. People with non-anglicized names have to send more job applications to get a call back.

Nuffield College’s Centre for Social Investigation sent around 3,200 fake job applications for a range of jobs, from shop assistants to chefs to software engineers. The applicants had identical CVs (which are slightly different from resumes but a similar idea), cover letters, and experience. Only 15% of Black, Indigenous, and person of color (BIPOC) applicants received a call back, compared to 24% of white British applicants.

This isn’t a new trend, but it is a frustrating one. Removing the name from resumes before they’re looked at is a simple way to avoid this discrimination. Without a name, someone’s merit, education, and attitude can shine through with a lower risk of implicit biases seeping in.

Of course, this isn’t foolproof—reviewers can still find aspects to bias them against an applicant, such as where they went to school. But it’s a start.

Half of Black women report being sent home from work for wearing their hair in an afro, braids, or twists.

Black women are 50% more likely than white women to be sent home from work because of their hairstyle. They’re also 80% more likely to change it to fit in.

And they’re 30% more likely to be given a grooming policy before applying to or starting a new job. A grooming policy? If that’s not a clear example of racism in the workplace, I don’t know what is.

Offensive comments are another example of racial microaggressions. The speaker may try to mask their comments as “teasing” or “banter”. Ultimately though, banter is really only banter if the person on the receiving end finds the comment funny. Otherwise, it’s bullying.

People have increasingly used the word “banter” as a euphemism for bullying, and it’s unacceptable. It doesn’t matter if it’s in the workplace, at school, or at home. It. Is. Bullying.

Management needs to foster a culture that encourages supporting each other and telling jokes that are both funny and inoffensive.

There are plenty of businesses with “bro cultures” that are now experiencing a backlash.

Companies building the right sort of culture now are going to be much more future-proof than those that have traditionally had racist, sexist, homophobic, ableist, or otherwise unwelcoming environments to underrepresented minorities.

Why businesses need to try harder to support BIPOC employees

Employee engagement is important for the success of every business. How a business responds to racism in the workplace, or how a BIPOC employee feels their employer would respond, is directly related to how engaged they are. When employees believe their employer would “do what’s right,” they’re more engaged.

And, let’s not forget, engaged employees are more productive and more likely to stick around. So, you get to save money and make more of it.

It’s a manager’s job to support their employees. Great managers, those who build the right type of culture, are more likely to have engaged employees. Their employees are also less likely to feel discriminated against at work.

And, they want to know that their manager will support them if they ever experience discrimination, in any form.

Dismissing claims without investigating them, or telling an employee what they’ve experienced isn’t important breaks trust and leads to a more toxic work environment.

Some types of implicit bias and microaggressions can be hard to spot. It can be helpful to ask BIPOC team members for their opinions, experiences, and suggestions of ways you can improve.

It’s only with this knowledge that businesses can make more informed decisions and avoid enabling a culture built on racism, microaggressions, and implicit biases.

Racial discrimination at work has been illegal since 1964. Yet there’s plenty of evidence that racism in the workplace is still a major problem.

If businesses truly want to outperform their competitors, attract the right employees, and make a positive difference in the world, embracing diversity and fostering an inclusive culture is the way to go. This has countless benefits to all areas of a business.

If you’re ready to take on racism in the workplace, Workrowd’s all-in-one inclusion platform can help. With a central hub to manage everything from employee resource groups to manager-in-training programs, alongside automated surveys and real-time analytics, you can drive belonging for every team member. Drop us a line at hello@workrowd.com if you’d like to learn more. 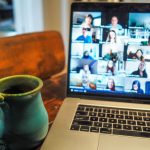 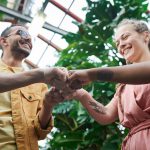 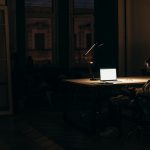