Implicit biases are subconscious attitudes we have toward something or someone. They affect how we think, feel, and act. There are many examples of implicit bias in the workplace and, since they’re subconscious, many of us don’t know we have them.

It’s important to remember that virtually everyone has, or had, their own implicit biases at some point. Our family, friends, and cultures teach us these ideas, beliefs, and perceptions from a young age.

That doesn’t mean they’re healthy or that we shouldn’t look to change them, though. They can affect everything from our personal relationships, to our growth, to what happens in our daily work lives.

Here are some common examples of implicit biases in the workplace—and how you can counter them.

You know how, in “1984,” they want everyone to think and act the same? That’s what happens when you have too many similar employees in your business.

Everyone starts to think and act the same, which makes it really hard to innovate. It even makes it harder to do basic things like problem solve.

For a while, organizations saw culture fit as the trait to look for when hiring someone new. But this is one of the biggest mistakes businesses make.

Assuming that people similar to you will be just as good at their job comes from feeling more connected to people like you. It’s easy to assume they’ll be just as qualified because of your similarities, and doesn’t trigger a fear of “other” or “different” traits.

There are lots of reasons for this, one of them being that it means businesses are more in tune with their audiences’ needs. If you’re only surrounded by people who think the same way, this level of innovation simply isn’t possible.

When interviewing someone, follow the questions planned out in advance, and be careful of going off the script.

Also, write down the similarities you share so that you’re consciously aware of them before making a decision. Sometimes seeing similarities written down can make you process them differently than if they’re just in your head.

Make your interview panel as diverse as possible, too, as this will mean you’re less likely to focus on someone’s similarities instead of their strengths.

What’s in a name? A lot, actually.

Applicants may not be able to tell for certain when they’ve been turned down for a role because of their name, but there’s a reason people often Anglicize their names when moving to countries like the US or UK.

For instance, job applicants with Asian-sounding surnames were 28% less likely to be called for an interview than those with Anglo-sounding names, according to a study conducted by the University of Toronto and Ryerson University.

A solution to this is to make applications blind. If the names aren’t there, the hiring manager can’t be biased against them. It’s crucial to find ways to counter these examples of implicit bias in the workplace, to build true inclusion and drive business outcomes.

Lockdown led to people embracing their natural hair textures, which, for many, involves waves, curls, or coils.

Unfortunately, some people consider non-white hairstyles and textures like these to be “less professional” due to bias. People have been told to take down their hairstyles, take out their dreadlocks, or straighten their curls.

There’s no reason for this. Flat ironing and heat styling hair is damaging to the hair strands.

Hair can also be a big source of pride for some people, along with a reflection of who they are. Why should they have to compromise who they are and what makes them happy to comply with biased workplace expectations?

Did you know attractive people are more likely to get away with crimes? Our brains seem to think that if someone is attractive, there’s no way they can be guilty of something like murder.

(The fact that Netflix had to remind people that Joe from “You” is a psychopathic serial killer because fans were fawning over how attractive he is offers a prime example of this.)

In the workplace, this can mean that attractive people who “look” the part are more likely to get hired, promoted, and given pay raises. Even if they don’t work as hard.

A study actually found that people deemed attractive earn more. The bias can be so strong that interviewers may even discriminate against an attractive person if they think a role is “beneath” them.

One way you can work on this is to stop yourself before you think or say something about someone’s appearance. Is it appropriate? Is it relevant? Does it affect their ability to do their job? Is it rife with judgment towards someone different from you?

Seeing a fancy school, college, or employer on someone’s resume is likely to catch your attention and instantly make you impressed.

But it could just mean that their circumstances afforded them more opportunities than someone from a less privileged background.

Going to a more expensive school, or working for a certain business, isn’t an immediate reflection of someone’s ability to do a job.

The examples and statistics that reflect someone’s achievements are far more important than the names on their resume.

HR expert Regina Hartley, in her Ted Talk, even suggests that we’re better off hiring people who don’t have the best resume, because it can mean they’re more resilient and harder working. This is yet another scenario where overcoming these examples of implicit bias in the workplace can lead to business success.

People often perceive men as being more competent in certain roles and industries, for instance, finance or software engineering. On the flip side, they see women as better in caring roles like nursing or teaching. Even if the female is more qualified or experienced in a male-dominated field.

These stereotypes harm everyone and set a bad example for future generations. Gender stereotypes are learned behaviors that are ingrained by the age of seven.

As soon as adults in a child’s life start to change or challenge these gender stereotypes, it affects the child’s attitude, too.

Let’s also not forget that some businesses still dislike hiring women in case they get pregnant and go on maternity leave. And still ask them about their desire to have children.

Blind resumes are the first line of defense around this, as the focus is on skills, not perceived traits.

Implicit biases are everywhere, and we have to actively work to identify ours so that we can overcome them.

If we don’t, it can have a detrimental effect on the types of people we hire and work with.

It can also be detrimental to the business itself, making it less profitable and leading to lower employee happiness.

If you’re looking for ways to counter some of these examples of implicit bias in the workplace, consider offering your employees ways to connect that go beyond surface-level interactions. Finding common ground and shared interests through a platform like Workrowd can help employees see past their biases to foster true belonging. If this sounds like it would be useful in your workplace, drop us a line at hello@workrowd.com. 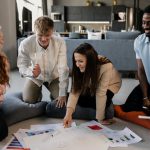 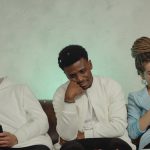 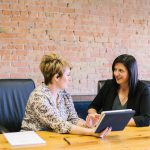 7 steps to help you get employee development planning right